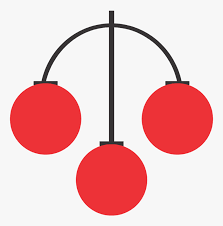 Throughout history, pawn shops have been a help to the neighborhoods and regions they are associated with. Going back to Ancient China, they have been a method of granting short-term credit to people. In the beginning, some of these pawnbrokers/shops operated as stand alone franchises but over time most of these businesses were run through pawn shops. Also, Ancient Greece and Rome thrived from pawnbroking! Believe it or not, this was the reason many merchants got their ventures off the ground.

However, during the Middle Ages, the Catholic church restricted how much interest was placed on these transactions limiting the growth of Pawn shops. These rules were relaxed in the 14th and 15th centuries in Europe though after short-term credit was becoming vital for financing business endeavors and aiding the poor. Families such as the Medicis in Italy and the Lombards in England became known as money-lending families. One famous customer back in the day was none other then Kind Edward III! He famously pawned his jewels to the Lombard family to finance war against France. So even back then, customers were not just limited to working class people but royalty as well.

The word Pawn itself comes from the latin word “Pantinum” meaning cloth or clothing. Clothes were actually often the most valuable items working people owned. The practice of pawning clothes on Monday and retrieving them on Friday-payday, goes all the way back to the 19th Century. Since people in need of quick cash were more likely to be on the fringes of society back then, measures prevent the pawning of stolen items. The Pawnbrokers Act of 1872 laid groundwork to regulations that protected pawnbrokers who inadvertently sold stolen items. This also capped the amount of interest that could be charged and set guidelines overall for the industry. This paved the way for a pattern of regulation that still is practiced to this day!

There you have it! The history of pawnbroking in a nutshell. Hopefully, this has been an informative trip through history and join us next time on the Walt’s Pawn Blog!

Thanks for stopping in,